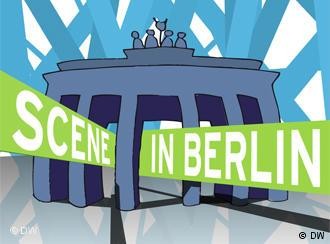 This article originally appeared on dw.com — Read it here


The holiday spirit couldn't convince DW's Anne Thomas to crawl out from under the covers and venture into Berlin's Christmas markets, but promises of mulled wine did the trick. But was it worth leaving bed?

The snow doesn't seem to have stopped falling for days, who knows how many degrees below zero it is outside, and all I can think of is staying under the covers and hibernating the next six months away.

Even with the heat blasting out of my radiators, I feel like I've already turned into an icicle. When the phone rings and the invitation comes for a trip to the Christmas market I know I'd have to be seriously deranged to voluntarily stand around in the freezing cold, my hands wrapped around a cup of hot alcoholic red liquid, dressed up with a few spices and a piece of moldy orange. And I know my hangover the next day is guaranteed to be worse than if I'd knocked back 15 tequila slammers.

My friend valiantly proposes the traditional snacks of Backfisch and Kartoffelpuffer. Like a lump of fried cod wedged into a tiny roll or fried potato pancakes with apple sauce will convince me to expose myself to the worst Mother Nature has to offer Germany's capital. "Bah humbug!" I hear him mumble.

Scrooge!? Who me? No, I've got nothing against Christmas, just against the cold! Give me a carol concert any day, a cup of nice mulled wine in front of an open fire, a jar of cookies perhaps and I'll be whistling "We Wish You a Merry Christmas" all the way into February - as long as I don't have to step out the door.

Yet somehow the words, "OK, if I really must," escape my lips in a whisper.

This is Germany after all and that means everyone must "do" at least one Christmas market a year, if not two or three. The idea is to wrap yourself in about a thousand layers and drag your reluctant body to the town square.

But that's easier said than done in Berlin. From my place in Neukoelln is no town square in sight, let alone a Father Christmas, string of tinsel or a loudspeaker blaring "Jingle Bells." I'm going to have to brave the cold and leave my neighborhood before finding a warming mug of Gluehwein.

Stumbling because of my partially frozen legs, I get off the tram only to be nearly knocked down by the Siberian wind. Trudging through the snow, I focus on the Ferris wheel at the Christmas market on Alexanderplatz to keep myself from turning around. Its flashing lights are all I can see as even the television tower has disappeared into the fog.

When I find him, my friend is already propping up a kiosk; sipping on his mulled wine and watching excited kids skate round and round on the ice rink. Tourists sing "Away in a Manger" in Japanese or "The Little Drummer Boy" in French. My friend's enthusiasm increases as I order the first of many Gluehweins and join in for the next round of carols.

These markets are not only about song and wine. You're supposed to wander the rows of stalls and buy socks your granddad doesn't need, a wooly hat your mum will never wear, an amusing game for your boyfriend that he'll never play. But it's all so expensive and little of it is even "Made in Germany."

But Holy Shit Shopping is just around the corner. It's a designer Christmas market that aims to open the wallets of 30-somethings who already buy anything they really want and can afford the far-from-cheap prices. But the T-shirts with quirky designs, the cookies and candles with Berlin motifs, the hand-knitted caps, and whacky trousers made out of pullovers have all been created by local artists, who plug their wares with wit. I order another Gluehwein and buy a hat.

It keeps me snug at my next stop: the self-proclaimed "most beautiful Christmas market in Berlin" near the historic thoroughfare Unter den Linden. Tucked between the opera house and the Friedrichswerder Church, the market is indeed lovely. The lights are tastefully arranged, the stands recall medieval times and the Gluehwein tastes surprisingly good.

Yet not as good as the tiny Christmas market in Friedrichshain, where it is positively delicious and the atmosphere is delightful. All around the Samariter Church are charming wooden shacks, where merry people sell mouth-watering home-baked cookies, colorful soft toys, teapots and other gifts friends and relatives are likely to appreciate.

Laden with colorful paper bags, I lumber home and immediately crawl back under the covers.

The next day, the Gluehwein's warming effect has been replaced with a searing headache and burning throat. I sneeze and think I should have followed my instincts. Instead I drank liters of cheap red wine and sang carols in all languages at the top of my voice. Next year, I will know better!

But in the meantime, Merry Christmas!