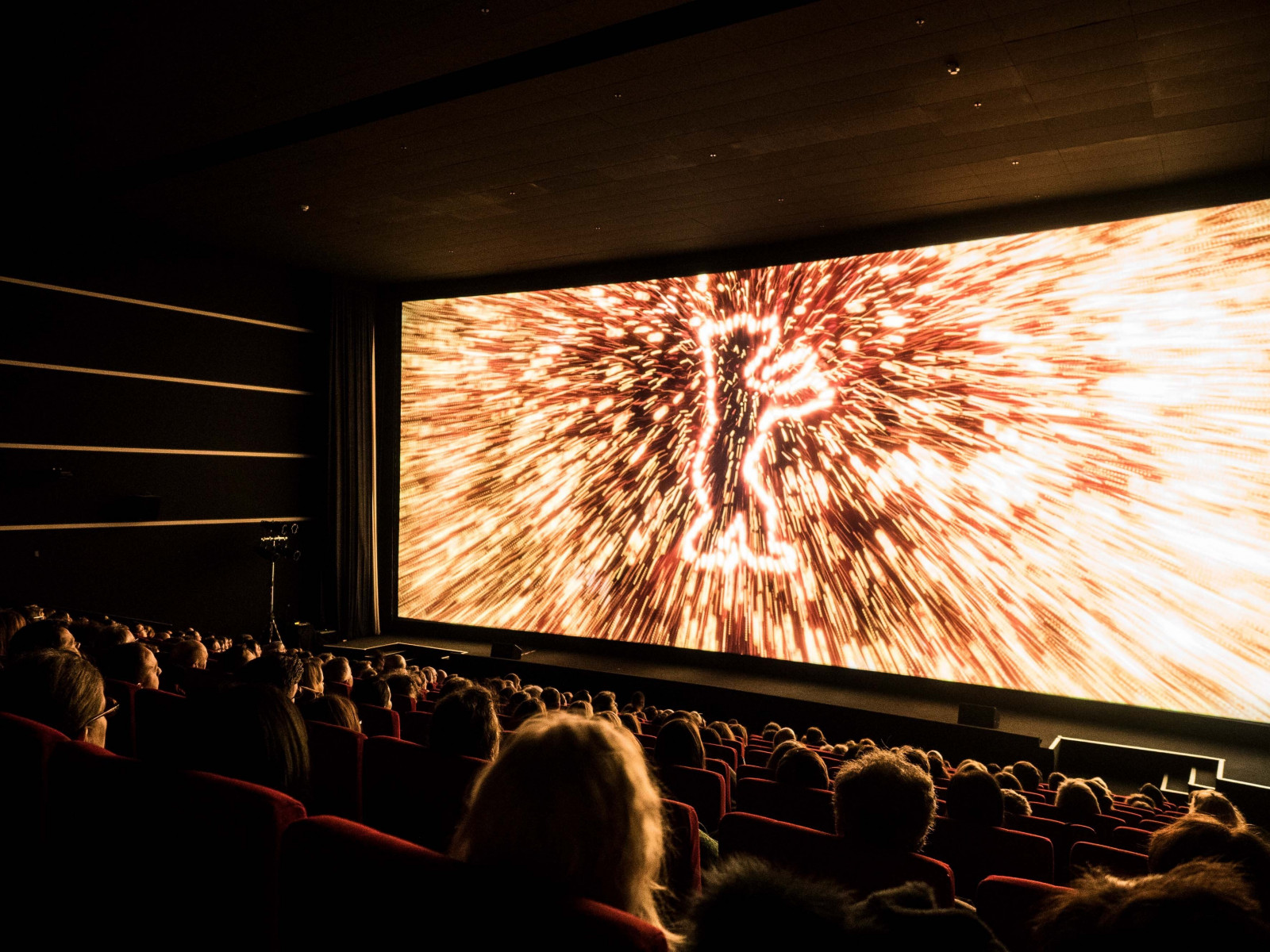 Heading to the Berlinale? Guest blogger Allison Williams gives movie fans her tips on where to grab a bite between screenings and also provides instructions on how to create a festival atmosphere at home for those who can’t be in Berlin.

February offers us Valentine's Day, International Carrot Cake Day and Berlin's film festival. My blood is already racing. But unfortunately, I won’t be there this year since I am still shielding in Wales, but I haven't forgotten the starry nights at the Berlinale. After all, the festival is one of the biggest in Europe, alongside Cannes and Venice, and it is the place to be if you are a Berliner.

Every year, locals, journalists and stars, students and directors, flock to the cinemas to gorge on this glorious fortnight of film. They bundle up in their warmest gear to glide from one theater to the next. The fortunate ones are accredited, the determined get up before dawn to be the first in the ticket queue and the more disorganised chance their luck at the last minute. On any given day, a movie buff may wind up watching the next blockbuster, indie hit or marathon experiment.

What makes the Berlinale stand out are its edgy, political movies. This year's lineup looks as promising as ever, from documentaries about Myanmar to features about kids dancing hip hop in Paris.

Depending on their appetite for film, a Berlinale-goer may have a calm schedule and time for a relaxed coffee before a screening. Or they may have leapt at the chance to see new releases, classics and everything in between and have packed the days from dawn to dusk.

Each Berlinale veteran develops their own strategy for getting some food in their stomachs between films. Across Berlin, they are recognisable by their trademark bags and well-thumbed programmes. You will even see some of them elbowing their way to the front of the line as if they were alone in the world.

At Potsdamer Platz, where most of the festival now takes place, the foodtrucks are great for a quick and often delicious bite but the queues can sometimes be long so try to avoid mealtimes. In sub-zero temperatures, if you're not too discerning, you might prefer to hit the mall which has an array of chain restaurants serving burgers, sushi and even ice cream. Coffee snobs should head to The Barn and Schiller Deli. This year’s visitors are in for a new treat, the South Indian vegetarian chain Saravanaa Bhavan has come to town! I’ve not yet had the pleasure, but it reportedly serves dosas and uttapams of unmatched quality in Germany. Furthermore, the restaurant is apparently gigantic so you are very likely to get a seat.

If you have a little more time, why not venture beyond the jungle that is Potsdamer Platz for hidden treasures such as the Indonesian restaurant Mabuhay; try their Nasi Goreng or crispy duck. Pop into Coffee and Cookies for friendly faces, great sandwiches and plenty of space to sit. Or try Yarok, for Syrian makali and mint tea.

Meanwhile for a cozy beer, there's the snug Stadtklause on Bernburgerstrasse. For cocktails and a great view, take the elevator to Solar hidden behind Lidl.

You'll be glad you ate. No matter what you're watching, there'll be food in it. The Berlinale used to have a Culinary Cinema section devoted to films about food, from agriculture to history and ecology to history. Some were even followed by dinner cooked up by a top chef, relating to the films that viewers had just seen. Chefs would come from all over the world to bring a taste of their homelands to Berlin’s cineastes. “You have to create something about where you come from so people know who you are,” Basque chef Eneko Atxa told me, putting the finishing touches to plates of chocolate, tea and spices with the care of a surgeon. It was part of the festival's aim to unite audiences. “When they break bread together, people share their thoughts and their hearts,” said the section's curator, Thomas Struck.

Culinary Cinema was unfortunately axed and films about food are now strewn across sections. Foodies might have to hunt a little more to find a movie to their taste, but their dedication will surely be rewarded. From peach farms to piglets, this year’s lineup takes food on the silver screen to unusual levels, with one film set in an art residency that involves “sonic catering” and the translation of culture into food into noise. According to Carlo Chatrian, the Berlinale's artistic director, "Flux Gourmet combines High Culture – contemporary art – and Low Culture – food and his consequences on human body – navigating between conceptual and quite mundane sequences. This has a hilariously funny aspect to it." Be warned: “Films have rarely taken food intolerances and human consumption so seriously, or so literally, and certainly not to such hallucinatory and nightmarish end,” says the programme description.

Though most of the festival takes place in Mitte, about a decade ago, the Berlinale started screening movies in the city's neighbourhoods to bring people together. This year's Berlinale goes Kiez films will be screening in neighbourhoods from Friedrichshain to Wedding, where mouthwatering treats await, from a glass of Argentinian red at the Hermanas wine bar to dinner at the high-end Ernst, an eight-seat counter restaurant (be sure to reserve well in advance).

Bring your appetite wherever you head as each hood is full of gems. Take Neukölln, where the Passage, a beautiful cinema in a building complex over 100 years old is hosting a film. Nearby is the classic Cafe Rix. Or try a hearty lunch at Blutwurstmanufaktur, an award-winning butcher's on Karl Marx Platz. Later, or any time at all, head for Sonnenallee for a plate of Azzam's heavenly hummus.

If you spot people lugging their Berlinale bags on the underground, dazed and confused from so many films, quiz them for tips. Why not?

I'm gazing towards the Berlinale with hungry eyes. Here in Wales, the closest cinema is at the Memo Arts Centre in Barry, made famous by the cult series "Gavin and Stacey," but I can't even go there this year.

Still, I will try to conjure up a fraction of the festival thrill at home. Pop some corn. Grab a black turtleneck. Make myself a badge and sell my folks tickets to a film I know they'll love. Or five.

Food? Out here, kids selling cups of coffee near the beach count as a pop-up cafe, while a campfire is the local version of an underground bar.

There are pubs like the Star. There's the Happy Garden takeaway. But I guess I'll be cooking. Again. Having started out in a rush of experimentation at the beginning of the pandemic, I have streamlined cuisine practically to space food - to widespread relief, gratitude even.

Maybe I'll try my hand at a fusion and conjure up a Welsh wienerschnitzel, make mac and cheese with a crunchy seaweed topping or just offer up the house burger. Or a carrot cake with a touch of Bara brith flavours?

For the films, I’ll be tuning into Mubi. If I’m lucky, I’ll catch a Berlinale winner from the past.

Whether you're venturing out or staying in, keep safe, be well! I hope it's delicious either way.

See you next year in Berlin for an analogue festival experience!