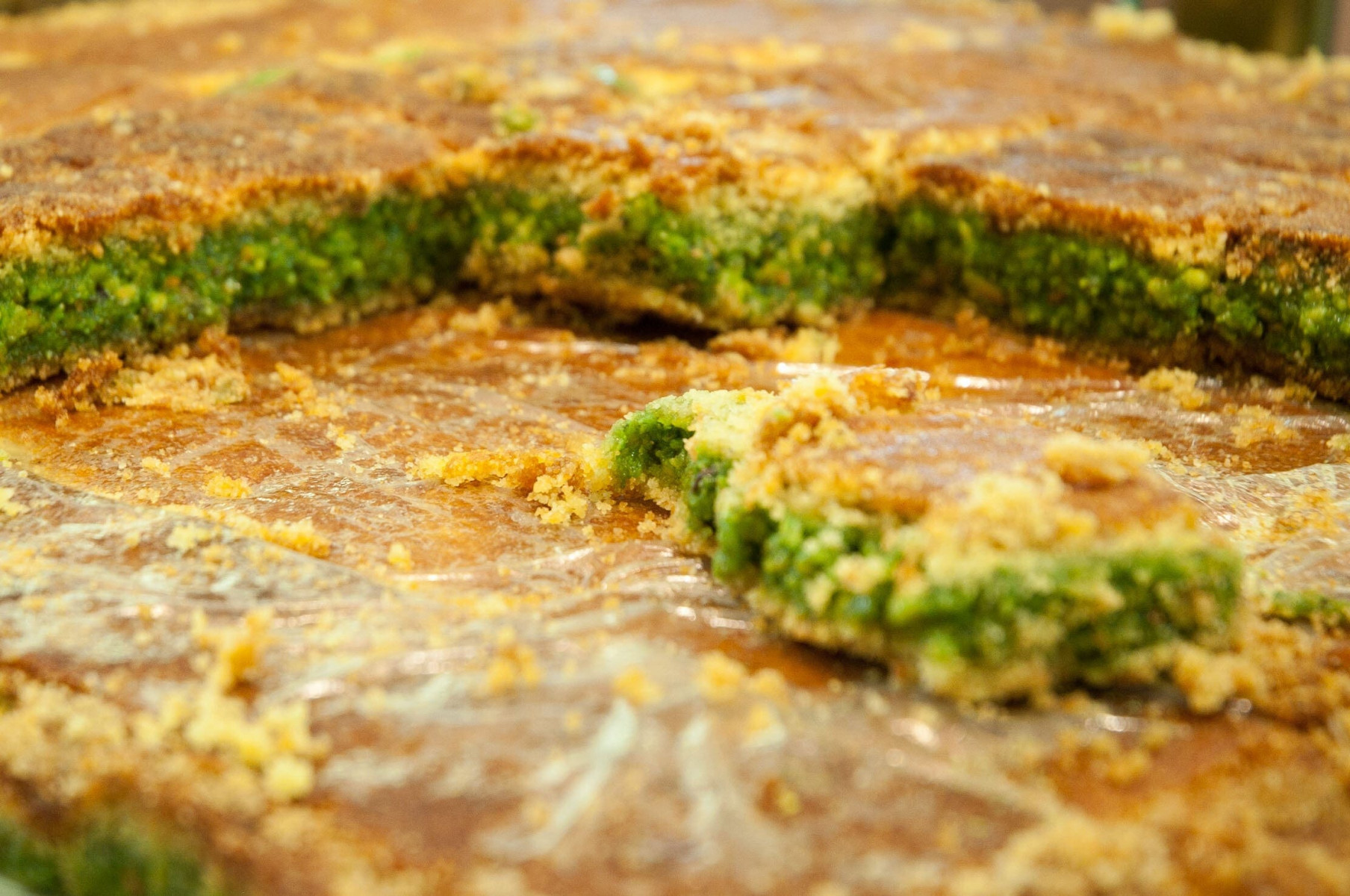 Sickened by neo-Nazi attacks on her favourite eateries, Anne Thomas gives a virtual food tour of her neighbourhood.

Today is World Refugee Day. It is also the day that US President Donald Trump is holding his first major rally since the outbreak of COVID-19. Unlikely to mention refugees, he will instead pander to the basest instincts of his supporters, stirring up hatred and inciting to violence, as he has always done but more so in the weeks since a policeman murdered George Floyd in Minneapolis.

The fact that he is holding a rally in Tulsa, infamous for a massacre in which over 300 African Americans were killed 99 years ago, is beyond vile.

For too long, Trump has been an object of derision. Indeed, he outdoes caricature. But what is often forgotten when he is ridiculed is that rhetoric such as his is lethal.

When he vilified Mexicans and other people from Latin America and demanded a “wall” to keep more from entering the US, he effectively gave a carte blanche to vigilantes on the border to mete out their own brutal justice with impunity.

After he introduced his notoriously controversial travel ban, there was a rise in anti-Muslim attacks.

Recently, he has gone so far as to use the upside-down red triangle, a symbol introduced by the Nazis to designate political prisoners, social democrats, liberals, socialists, communists and others who opposed them, in his re-election campaign, equating Antifa activists to terrorists.

Yet, Trump has had little to say about far-right terrorism, which has risen significantly during his time in office and is responsible for more deaths in the US than left-wing extremism or Islamist terror.

In Germany too, after yet another racist attack killed nine people four months ago in Hanau, authorities were warned that the number one threat was far-right terrorism.

Did they take heed?

It doesn’t seem so in my area of Neukölln, which has seen a rise in neo-Nazi arson attacks in recent months. Two nights ago, right-wing extremists set fire to delivery vans parked outside of the Konditorei Damaskus on Sonnenallee. They left an “SS” tag on the wall, just to make their allegiances clear.

When this bakery opened a few years ago, it quickly became the place for baklava in Berlin. The owners came to Germany after being forced by the civil war to flee Homs where they also ran a popular pastry shop. All the staff members are Syrian refugees.

This is where I often buy the pastries with which I kick off my From "Gastarbeit" to Gentrification tour. Before I even open my mouth to order, I will invariably be offered a piece of freshly-baked pistachio, walnut or cashew baklava to sweeten my day.

Nor Sudanese food it seems. Sahara Imbiss around the corner has also been targeted. It too features in my tours. I particularly like the peanut and aubergine sauces that come with the deliciously coriander-y falafels and the tofu sandwiches.

It revolts me that people who have fled war and political persecution and set up new lives for themselves once again live in fear of violence.

I wonder if the staff at the police station located just a few dozen metres away from both establishments have ever eaten a piece of baklava or a falafel? Will this make them more inclined to find and lock up the perpetrators of racist attacks?

In his introduction to The Displaced: Refugee Writers on Refugee Lives, the Pulitzer Prize-winning author Viet Thanh Nguyen writes: “I was born a citizen and a human being. At four years of age I became something less than a human, at least in the eyes of those who do not think of refugees as being human.”

Last summer, I took part in a tour organised by Refugee Voices of Berlin whose aim is to “explain the root causes of why so many are forced to flee” and which I cannot recommend enough.

What was fascinating was the focus on the parallels and links between German and Syrian history. As our guide Hesham Moadamani told us about Berlin’s Nazi legacy, he also spoke of Alois Brunner, erstwhile commander of the Drancy internment camp not far from Paris, who escaped Allied prosecution and ended up in Syria where he served as an advisor to the regime on interrogation and torture methods.

As he told us about about the short-lived 1953 uprising in the GDR, Hesham also explained how he had got involved in the uprising in his home country. At Checkpoint Charlie, he described the system of different checkpoints in Syria. Then, most harrowingly, he told us of how he escaped Syria by swimming to Turkey.

It was the first time I had spoken with someone who had accomplished this feat. I was overcome with admiration and sadness.

Hesham was more upbeat, brushing off his exploit with a modest smile as if anyone could, and would, swim for their life.

Apart from giving a personal insight into his experiences and those of other refugees in Berlin and providing facts often ignored by sensationalist headlines, Hesham also wanted to impart a key message.

His hope was that if more people understood this, there might be more empathy.

“The idea is to make us realise that none of us are immune to turbulent times, that the refugees of today are escaping real danger and that we have the means to offer them a safe place in Europe. By understanding the situation in Syria, we can start to change our attitudes to those fleeing to Europe," is what the Refugee Voices write on their Facebook page.

The tour culminated at a Syrian restaurant where we ate traditional dishes and exchanged recipes for hummus and baba ghanoush. Hesham also gave me his tip for Berlin’s best knafeh, the cheese-based pastry soaked in sugar syrup that goes straight to your waistline but is worth every single calorie! “It’s at Aldimashqi,” he said.

I knew the place but had not yet tasted the knafeh. Now, it's also a firm part of my food tours. Aldimashqi is just one of the many Syrian establishments that have cropped up in my kiez since 2015, joining the restaurants opened by the Palestinians and Lebanese who came to Germany in the 1970s, 80s and 90s.

These days, people flock from all over the country to what has become known affectionately as “Arab Allee” to gorge on hummus, msabbaha and man’ouche at now famous haunts such as Azzam, Akroum and Al Pasha. It is also the place to stock up on tahini, olives, vine leaves, za’atar, labneh and whatever else you need to make a feast at home.

These Arab joints complement the older Turkish establishments, which typically serve lentil soup, manti, börek and much more. My favourite is Gözleme on Karl-Marx-Straße, where women make the dough and filling in front of the customers as if it were no effort at all. The yoghurt sauce served with the potato manti is garlicky enough to ward off all winter colds and my French grandmother would have approved.

She too was briefly a refugee at the age of 16, fleeing her home town south of Paris when the Wehrmacht invaded Belgium 80 years ago. In the chaos, she ended up separated from her relatives but in a car with a young male acquaintance (who did not turn out to be my grandfather). There were air raids and it was terrifying. When they ran out of petrol, they had no choice but to turn back. It was months before the whole family, including the grandparents, was reunited. They were all alive but they had lost their flat in a bomb attack.

It is a human instinct to want to escape bombs, destruction, death and also disease, as COVID-19 has reminded us.

In France, about a million wealthy Parisians are thought to have fled just before the country went into lockdown. Now that they have returned, will they have more empathy for the refugees who live in the capital’s less affluent districts?

Almost comically, Trump recently “fled” to his bunker when protesters gathered outside the White House.

It’s a shame that he didn’t stay there, but presumably the reception wasn't good enough for him to send out his toxic tweets.

I guess we can only sit tight and pray (ha!) that he is voted out in November, though his enablers will remain.

Meanwhile, we can actively take part in the Black Lives Matter movement and try to generate desperately needed change in a country built on genocide and slavery.

In Germany, too, the BLM movement has prompted a long overdue debate about discrimination, racism and the legacy of colonialism to add to the discussion about the unfair (to put it mildly) treatment of refugees.

It's going to be a long haul, but what better accompaniment than baklava and falafel?