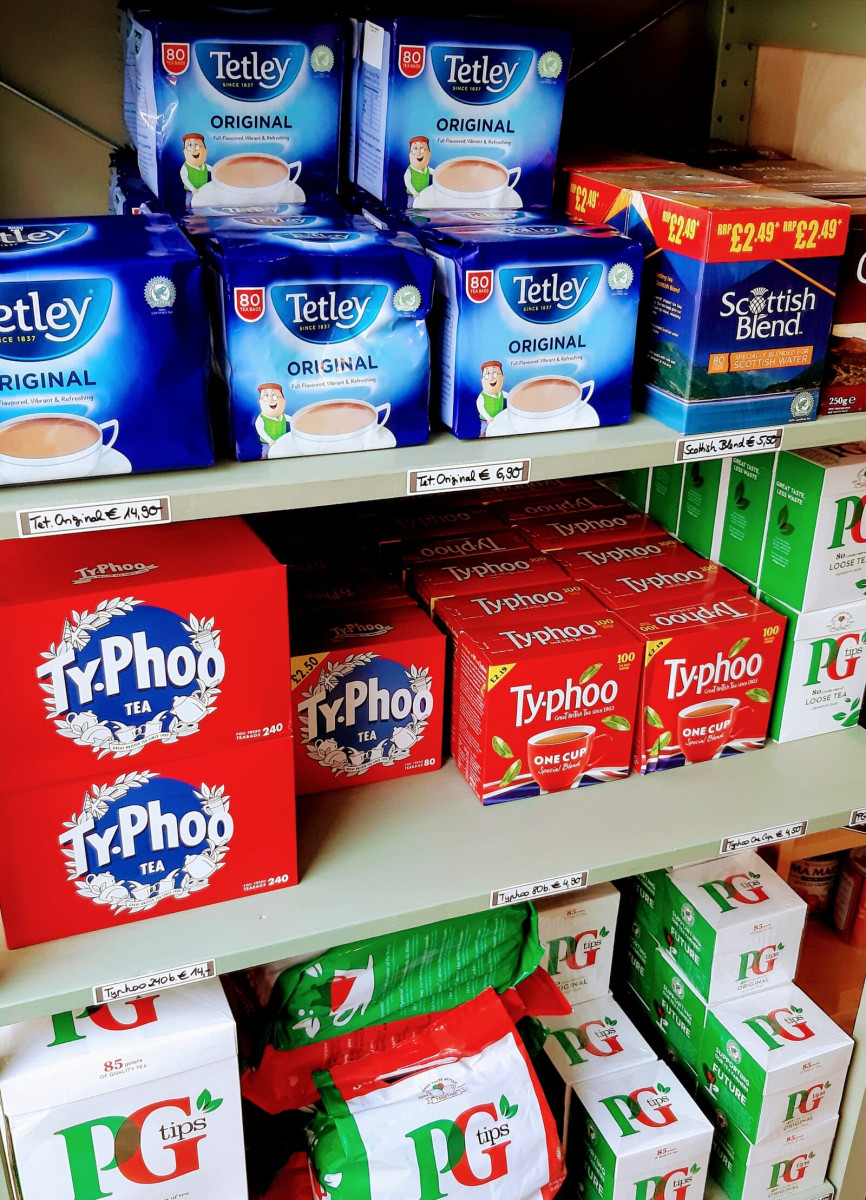 Anne Thomas pines for Britain, reads a masterpiece and stocks up on comfort food.

I've run out of Brexit Kimchi and it's raining for the first time in weeks. Of course it is - I've decided to write about Britain. After all, it was raining three months ago when Britain was officially on its own again, having freed itself from the clutches of the European Union. The day that I tried to get over with two British Berliners, who shared the same sadness, the same anger, the same fears for the future of the country, in which we grew up as Europeans.

To mark the fateful occasion, we had decided to make kimchi. What was less British? Less European? What would distract us more than trying to follow a recipe for something none of us had ever made? It made sense at the time. We had been ripening persimmons for weeks, had bought Chinese cabbage, radish, plum syrup and copious amounts of the crucial Korean chili powder, gochugaru. The hunt for the right prawns had taken us to the outskirts of town. We'd even wondered whether it was acceptable for us Berlin Brits without a Korean bone in us to make this "national dish". This illuminating episode of The Racist Sandwich Podcast had confirmed that it was, we had a recipe from our friend John in Seoul who'd learnt to massage kimchi from the very best and we had watched Maangchi to ensure we knew roughly what we were supposed to be doing.

Indeed, isn't it a misguided belief that such a thing exists that pushed people to vote for Brexit in the first place?

In a moment of social media-inflicted boredom this week, I clicked on a stupid quiz that boasted it would would tell me what nationality I was on the basis of my profile pictures. Judging by the randomness of other results I saw, I could have turned out to be anything from Brazilian to Nigerian but no, this time, the algorithms got it right. You look "British" they told me confidently.

I am British. There is no doubt about it: I have a British passport, but I also have a French and a US one. Over the years, I have also been told by real human beings that I look German, Greek, Italian, Norwegian. One of the more awkward times was when I was working in a Russian restaurant in Washington D.C. and some customers praised my English.

All my life, I've always felt very comfortable being a mixture of nationalities, not caring much whether I "belonged" to one particular country. My grandmother used to say I was a "citizen of the world." She was right, I am.

However, with the COVID-19 pandemic and the closure of the borders, I have found myself missing Britain, even longing for it in the knowledge that I can't just pop across the Channel.

And as I follow, heartbroken, what is happening in the hospitals and worry about the NHS staff and other key workers, as well as all my loved ones and their loved ones, I've taken to drinking much more tea. That's what most people in Britain would tell me to do. Keep calm love, have a cuppa! It's all going to be fine. Not true, but soothing nonetheless.

Just as toast with Marmite, marmelade or lemon curd is soothing for breakfast, digestive biscuits for elevenses, cheese and pickle sandwiches for lunch, buttered crumpets for afternoon tea or a gin and tonic in the early evening.

Trying to recreate Britain in Berlin, I have succumbed to comfortable clichés.

If I had a euro for each time a German made a disparaging remark about British food on hearing where I grew up, I would be rolling in it! I wouldn't mind at all if it were an Italian, Indonesian or Georgian saying this, but it's a bit rich from someone in a country where many traditional dishes are a variation on meat and potatoes, exactly like in Britain! Moreover, the quip reflects total ignorance about the positive impact immigration has had on Britain's food landscape and the country overall.

One of the cuisines I miss most from Britain and on Berlin's restaurant scene is South Asian. Relative newcomer Chutnify has definitely upped the ante and in pre-COVID-19 times I enjoyed their chaat and masala dosas. So I already had high expectations when I opted for takeaway this week; after all that's what you do in Britain when you're hungry. The sambar and idli were delicious as I had hoped, but the gobi matar masala was fantastic – I was transported to London in a mouthful. I gobbled it down and was overcome with sadness when it was finished.

But not half as much as when I came to the end of Bernardine Evaristo's Booker-winning Girl, Woman, Other, which also transported me to London in a less fattening way. This magnificent depiction of women in contemporary Britain and the legacy of colonialism is so heart-warming and humane, so empathetic and intelligent, so distinctive and diverse that it should be compulsory reading for absolutely everybody. I stretched out the reading experience, wanting to spend all my time in the company of the storyteller Evaristo and her compelling characters, portrayed in such a sensitive and sympathetic way. I loved the book's way of making me laugh out loud one minute and weep the next.

This week, Aditya Chakrabortty's moving tribute The Guardian to his late mother, who was a schoolteacher in Hackney in the 1980s, and the carers he encountered during her final days almost felt like a postscript.

Britain's diversity is also reflected by the cast of Sex Education. The characters of this endearing series too have made me laugh and cry in almost the same moment (perhaps it's hormonal?). I initially started watching as an easy distraction from the news, but quickly found myself hooked on this vibrant take on the classic high-school genre, with its vintage aesthetics and refreshingly modern approach to the age-old theme of discovering sex and entering adulthood. Unfortunately, it didn't divert me from the present for long: An amusing episode about an outbreak of chlamydia causing mass hysteria and engendering a variety of conspiracy theories is uncannily prescient, particularly the warning not to use bleach as a cure! Depressingly, the way the teenagers deal with the issue is considerably more mature than the British government's approach to the current real-life pandemic.

Topicality aside, I was smitten by the very Englishness of the characters' humour and cravings. "You look like a Wotsit" is just one of the lines that made me smile and feel nostalgic. The headmaster has a drawer full of biscuits that he munches on nervously in secret, one of the rich girls gets a hankering for crumpets after exploring her own body for the first time, the bully always steals the Curly Wurly from his regular victim's packed lunch and an estranged mother and daughter bond over custard creams.

Lo and behold, I started getting hungry again. So, what do you do if you're in Berlin, not going to Britain any time soon and running out of stock? Well, fortunately, the lovely new Broken English shop in Kreuzberg, which smells soothingly of lavender, has seemingly everything: Branston Pickle, clotted cream, crumpets, Curly Wurlys, digestives, Marmite, PG Tips, Tanqueray gin, Wotsits and more besides.

Laden with supplies on my bike ride home and wondering why the new shop had kept the old name, it struck me sadly that Brexitland could be renamed Broken England. Don't get me wrong, I'm not arguing that there was ever a time when the country was intact, and it was certainly never great, whatever the Brexiters say - Trevor Noah nails it when he says that "it's not as great as the British think" and this is clear from the works mentioned above - but, still, there was a time perhaps when it all seemed easier to fix.

In the meantime, love, have a cuppa! Milk and sugar? And do you fancy a bickie? Or a slice of lemon drizzle cake perhaps? There's a delicious one at Mitte's Black Isle Bakery where you'll also find Cheddar soda bread, Scottish gingerbread and Millionaire's Shortbread if you're feeling down and really want to indulge yourself!

Whatever you do, keep calm!