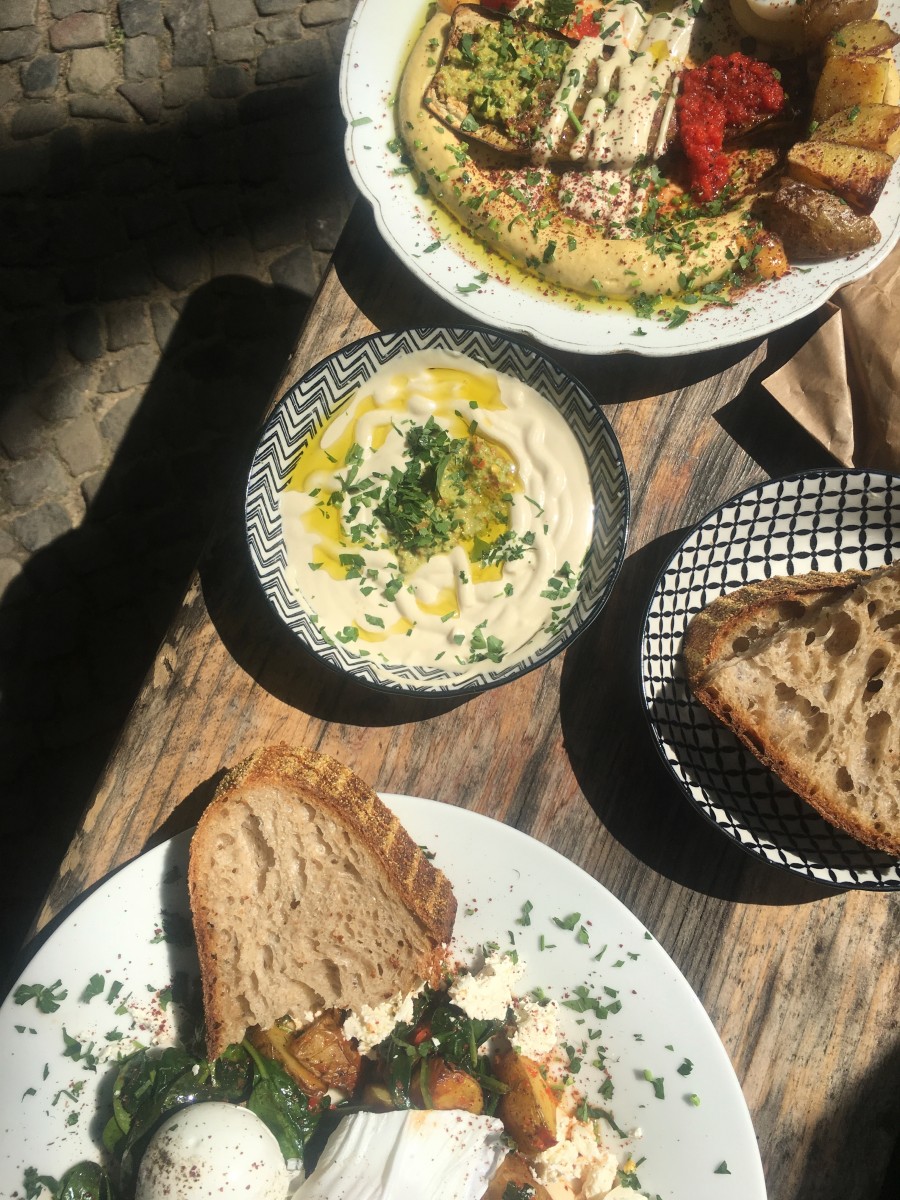 Berlin by Food is currently a one-woman show. The woman in question is me - Anne Thomas - a pescatarian Franco-American-British Berliner who studied German and Russian and likes to eat. When not giving tours, I earn a living as a journalist, translator and international coordinator for the Stolpersteine - Gunter Demnig's Holocaust commemoration project.

I've lived in Berlin for about 10 years now and have eaten my way around the city. I can advise on the best restaurants, the dodgiest Eckkneipe (a dying breed, so get your Molle while you still can) or simply where you can find vegan chocolate ice cream to die for.

The German capital is a fragmented city with a troubled past – that's what draws many of us – but it also has an ever-changing vibrant present and immigrants continue to arrive, fleeing war, conflict, political persecution and discrimination or economic misery.

Immigration is the best thing that can ever happen to a city’s food scene as any Londoner will tell you. These tours prove it for Berlin.

The From Gastarbeit to Gentrification tour takes you to Kreuzkölln, the Berlin district which boasts the highest number of ethnic groups. You'll get to taste gözleme, baklava and much more, while learning more about the history of the city and the life of, for example, German, Turkish, Syrian and French locals.

There are those for whom a sweet tooth is not only an expression: If that's you, let's go on a Made-to-measure tour so that you can skip the savoury and go straight to dessert, to ice cream, pistachio baklava or the finest cheesecake this side of the Atlantic (and that is no exaggeration). If coffee's your thing, just tell me!

Food is not the same without drink so in the course of a tour we might well go to a local wine bar to taste a Riesling, arguably the best white not only Germany, but the world, has to offer or perhaps a Pinot Noir? If you just fancy a beer, no problem at all - this is Germany after all.